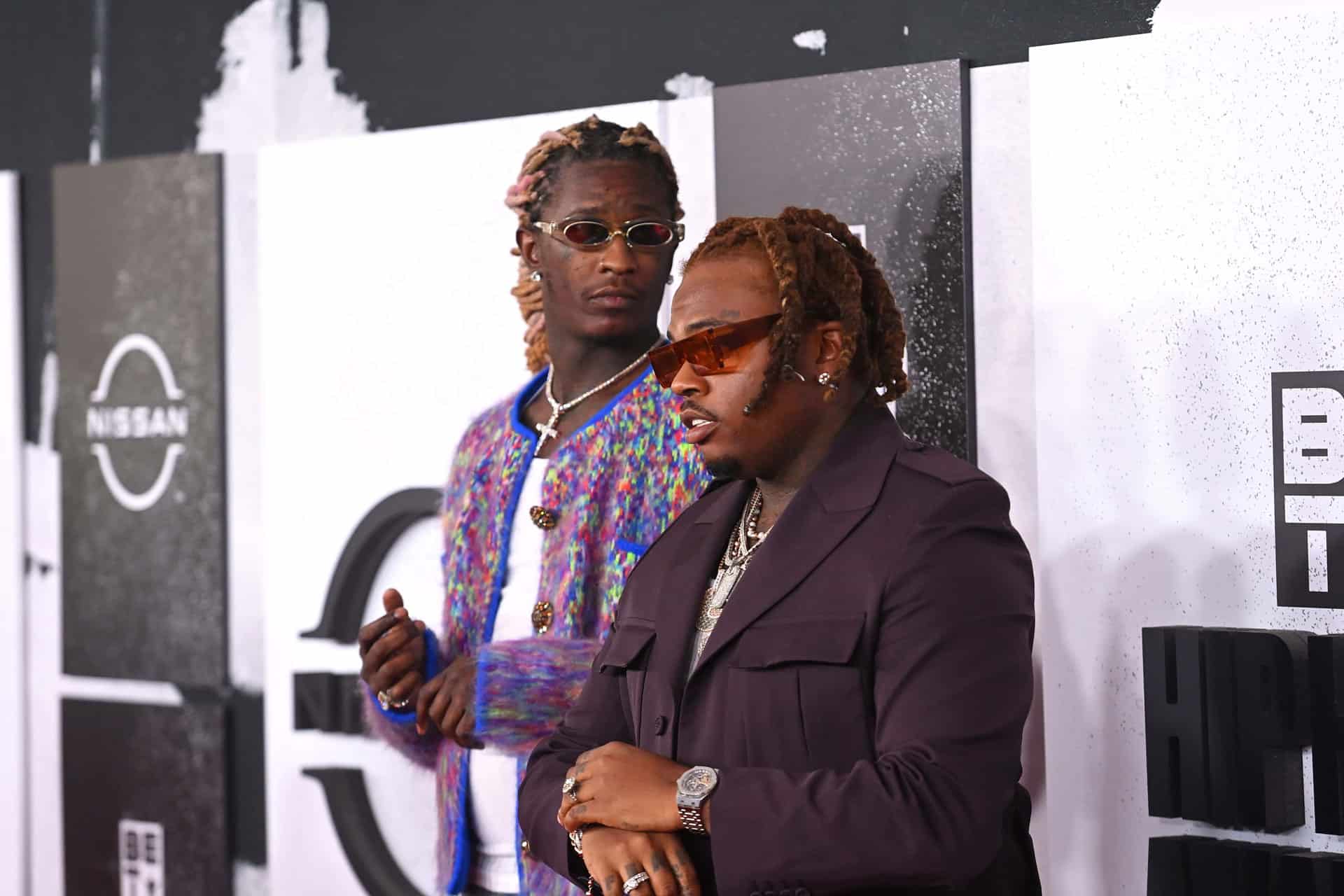 Whew…Young Stoner Life (YSL) cannot catch a break. Rappers Young Thug and Gunna, along with 26 other associates are facing a 56-count indictment by the Fulton County District Attorney’s office in Georgia. WSB-TV Reporter Michael Seiden broke the story on May 9, complete with a mugshot of Jeffrey Williams a.k.a. Young Thug. Williams, along with the 27 other members, is facing charges of Conspiracy to Violate the Racketeer Influenced and Corrupt Organizations Act (RICO). Two days later, Sergio Kitchens a.k.a. Gunna turned himself in to Fulton County police.

The indictment is printed on an 88-page document against YSL (also called Young Slime Life) with officials citing it as a criminal street gang with ties to the Bloods street gang. Some of the accusations date back to 13-years-ago with some very serious crimes listed: aggravated assault with a deadly weapon, armed robbery, and attempted murder plus plenty more.

A notable 2015 event is highlighted in most stories revolving around the case in which Williams “is accused of renting 2014 Infiniti Q50 sedan from Hertz, which was used in the commission of the murder of Donovan Thomas, Jr., a rival gang member,” said Seiden.

Another highlight is the instance of two YSL members asking Williams for permission to murder Rayshawn Lamar Bennett, a rapper known as YFN Lucci. He has been in Fulton County Jail since May 2021, battling his own RICO charges. It was in February when he was allegedly stabbed by another inmate. Bennett requested the judge for a grant bond but agreed on a consent bond with the state, placing him in protective custody with no access to other inmates.

With all the events leading back 13 years, there is no shortage of high-profile crimes that will come to light in the following months. With 28 total associates facing prison time, there have to be a few that will take the plea bargain.

According to 11 Alive, a Georgia news station, the convicted can face anywhere between a “5 to 20-year sentence, a fine, or both.” Apparently, that is solely for the RICO charge and additional charges can add additional punishment.

There is no saying what will happen to Williams, Kitchens, or the other members of YSL but it certainly looks serious. With such a high-profile case, it is certainly a case to follow in the coming years.